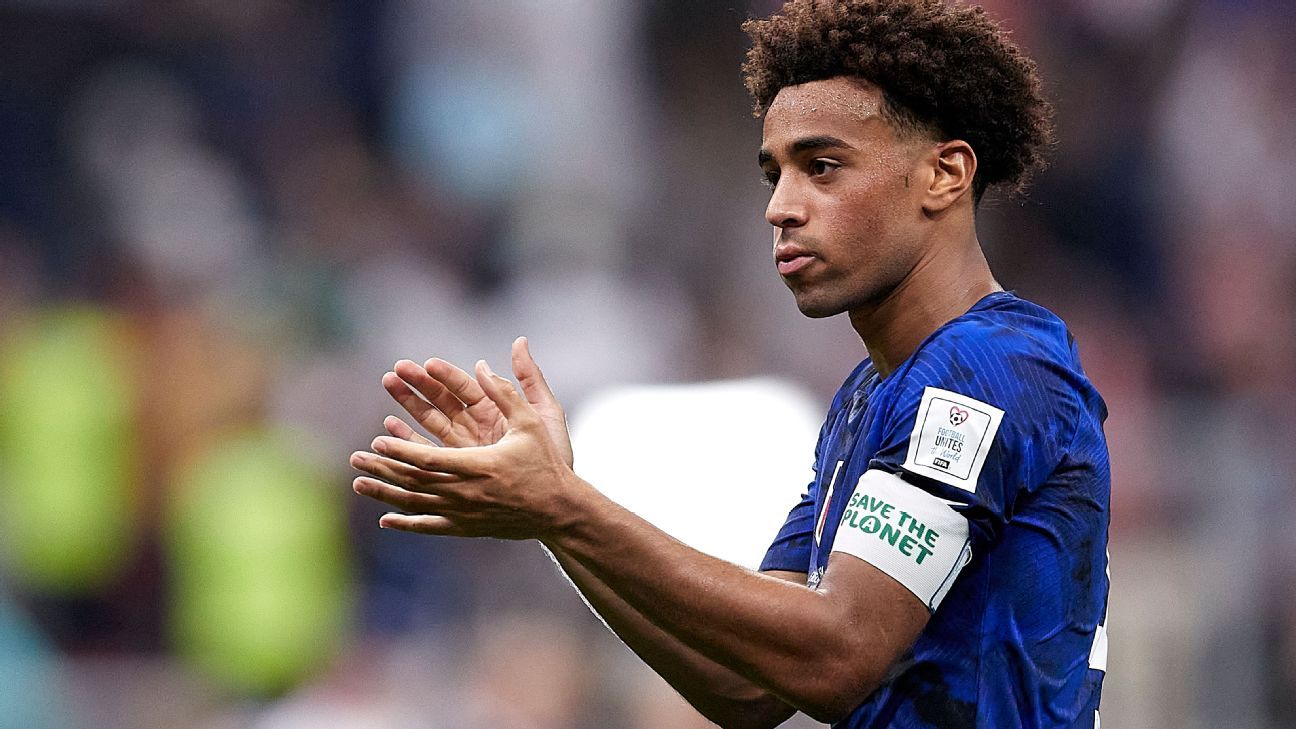 DOHA, Qatar — Jesse Marsch knew Tyler Adams had it at age 15. Dave Sarachan and Alejandro Bedoya saw it during Adams’ first national team camp in Portugal in 2017. And Adams’ United States teammates have seen it here in Qatar during this World Cup.

What is “it,” you may ask? Well, it’s hard to quantify. Some might call it charisma, others would term it leadership or emotional intelligence, but the sense is that “it” goes deeper than any of that. There is an aura about Adams that conveys he’ll not only do his job, but relieve you of some of the pressure to do yours. These days, that can mean covering for a teammate on the field or deftly handling some spicy news conference questions off it.

All of those attributes were on display during a 30-hour period earlier this week. It started during Monday’s news conference in which an Iranian reporter chided Adams for mispronouncing the country’s name and then asked how he felt representing the US given the country has a long history of racism against Black people. Adams took the sting out of the question by apologizing for the mispronunciation and then stressing that he felt progress was being made in the US “every day.”

It was a moment that left his teammates impressed, and validated the decision of manager Gregg Berhalter to name the Leeds United midfielder captain before the tournament. Other players in this squad have served as captain, but the role is a perfect fit for Adams.

“I thought it was brilliant,” said center-back Tim Ream about Adams’ astute handling of Monday’s news conference. “It’s what it is. That’s the world we’re living in right now, and for him to handle it with the poise that he did and the sincerity that he did, I think was fantastic for a 23-year-old.”

Adams followed that up with the kind of impressive performance for the US that has become the norm, putting in his usual robust shift in the center of midfield, and leading the Americans to a 1-0 victory over Iran that clinched passage to the knockout stage. Now a round-of-16 matchup against the Netherlands awaits.

“Tyler’s a beast, man,” US right-back Shaq Moore said. “He sets the tone for us with the ball, without the ball, getting stuck in, intensity. He’s a big part of our team. I’m happy to have him.”

Leaders are made, not born, or so the saying goes. Certainly Adams’ parents, Melissa Russo and Daryl Sullivan, played a huge role in molding him into the person he is, but he also played against older players throughout his youth career, and when he got to the New York Red Bulls, drew inspiration from the captains he had there.

“I think just going back to when I was young, I was just very competitive,” said Adams on Friday. “I didn’t really care who I was playing against. I think the older guys probably hated playing against me, and to a certain extent, I ended up on their teams a lot of the time, so they didn’t have to play against me. So we created good relationships.

In my early professional career at the Red Bulls, I was very fortunate to have a lot of good captains to learn from: Dax McCarty, Sacha Kljestan, Luis Robles — all guys that you can take different qualities from. And I just always thought to myself how I can relate to different people. So when I’m having a conversation with Tim Ream, it’s probably going to be very different than a conversation with Brendan Aaronson, who I spend a lot of time with.

“So yeah, it’s definitely evolved in a lot of different ways, but when I’m on the field, I’ll do anything to win. So, I just figure out how I can get the best out of all my players and just relate to them in different ways.”

Leeds boss Marsch noticed Adams’ aptitude for the game — and for life — from the moment he met him as a teenager. At that time, Marsch was the manager of the New York Red Bulls while Adams, of Wappingers Falls, New York, was navigating his way through the team’s academy.

There was selflessness, too. John Wolyniec, who managed Adams when he played with the Red Bulls reserves, recalled how when the player returned to the Red Bulls II from the 2015 U17 World Cup, Wolyniec was in a jam and needed someone to play left-back. He asked Adams.

“He gave one of those looks and said, ‘Right, no problem. I’ll be fine,'” Wolyniec said with a chuckle. “He’s just that type of guy, right? He’ll let you know when he is not happy and when he is disappointed, but at the end of the day, whatever’s asked of him, whether it’s by the coach, the team, the game, he just does it.”

At 18, Adams showed the same kind of potential when he first was called up to the US men’s national team in November 2017. That was a period when the team was at its nadir, just one month removed from failing to qualify for the 2018 World Cup.

There was more than a temptation to think the entire program should be razed. Sarachan, the interim manager, sought a more balanced approach. He gave debut appearances to the likes of Adams and Weston McKennie during that international window that included a friendly against Portugal. He also brought in veterans such as Bedoya and Ream.

Adams had already gained Bedoya’s respect with his competitiveness and unwillingness to back down during encounters in MLS.

“I’d make a pass and try to get a one-two, he’d be there, trying to kick me,” Bedoya said. “And I remember one time he’d put his arm up and actually got me in the face a little bit. I was just like, ‘Who do you think you are?’ I got to tell you, man, after the game, the first person I went to was to him and I was like, ‘Hey, dude. I got a lot of respect for you, for the way you approach things.'”

Training with Adams up close gave Bedoya even more appreciation for what the young midfielder brought to the table. His work habits alone showed Bedoya that he was something special.

Herculez Gomez and Sebastian Salazar debate the biggest storylines and break down the best highlights that soccer in the Americas has to offer. Stream on ESPN+ (U.S. only)

“[Adams] already had demonstrated enough for me to see that he would become a leader by example definitely, at the very least,” Bedoya said.

Sarachan recalled that during the team’s first training session, he had to rein Adams in.

“He covered more ground in 10 minutes than I had seen a lot of my players cover in one training session,” Sarachan said. “It’s like when you go to buy a car and the salesman goes in the car with you, usually you start out kind of easy and he’ll tell you to get on the highway. Tyler just floored it.”

Sarachan stops short of saying he knew Adams would captain the US side, but he saw some of the same building blocks Bedoya did in terms of work ethic and preparation. Over time, those traits made even more of an impression.

“When you think of leadership qualities, certain boxes need to be checked,” Sarachan said. “You have to have confidence, you have to be humble, you have to have a work ethic, there’s a lot more subsets to it. And being a young kid, I didn’t know how that would play out. But once we got into 2018, it didn’t take long for me to know that, ‘OK, this kid’s got what it takes to be a leader other than his youth.’ I look back and think about that Portugal week, the signs were there for sure.”

Now Adams is a man in full. He was reunited with Marsch when he transferred to Leeds last summer from RB Leipzig, and has immediately endeared himself to the club’s faithful. Now the rest of the world is noticing Adams’ contribution, both on and off the field.

“We were excited about the possibilities from the first moment we met him,” Marsch said. “However, he has grown to be so much more than even I had hoped.”

The USMNT feel the same way.

Energy support and debt costs drive record public borrowing in December
Flybe: Will I get a refund for my flight?
Interim U.S. boss Hudson: ‘Not a nice situation’
US and Germany could unveil plans to send tanks to Ukraine as soon as today
Tesla updates Cybertruck production timeline: Temper your expectations