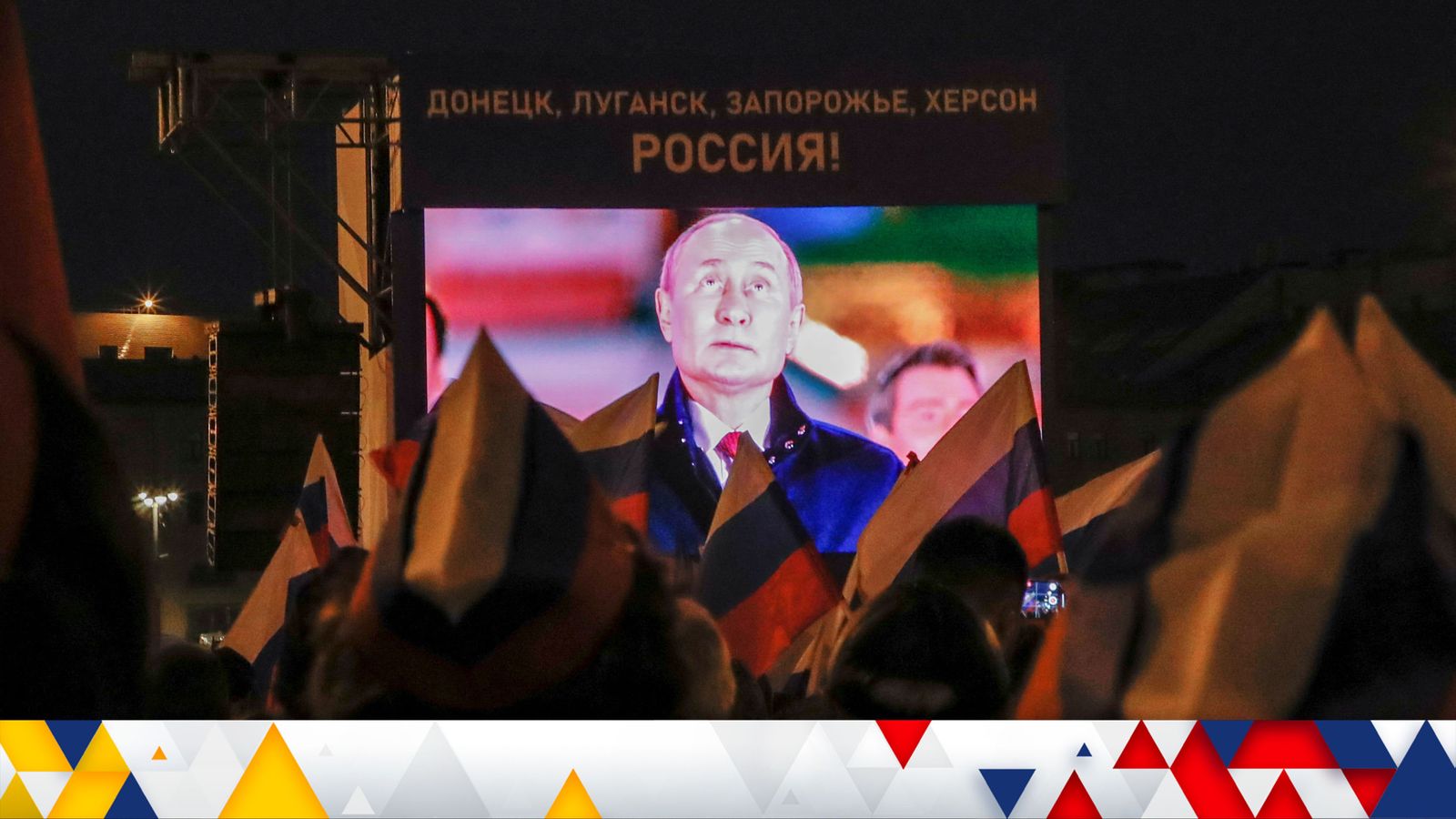 The biggest landgrab since the Second World War. A dictator threatening the use of nuclear weapons.

The world’s most important institution meant to guarantee global security, the UN Security Council, rendered impotent yet again with one of its permanent members doing exactly what it was set up to prevent.

The West’s response: a strategy that has repeatedly failed to deter Putin. Sanctions and diplomatic reprimands.

An alarming day, sure, but also surreal. Vladimir Putin announced the annexation of territory he does not fully control while his troops are in retreat across it.

His speech was rambling and long, the preoccupations of someone who does not get out enough. Conspiracy theories laced, it seemed, with the frustrations of a resentful old man. His audience looked bored and unconvinced.

In Red Square he told crowds victory would be Russia‘s, while in Ukraine thousands of Russian troops are being encircled in the heart of that newly annexed territory by Ukrainian forces.

Putin is losing on the ground and losing diplomatically, rebuked two weeks ago by two key allies, China and India. But he is not looking for a way to save face and get out.

He is doubling down. He appears defiant, but also in denial and perhaps increasingly desperate.

Outmanoeuvred in battle and isolated on the world stage, he is running out of options. And he is losing the Russian people, hundreds of thousands of them fleeing the motherland.

Putin is fond of telling the story of the rat he cornered as a child, not giving up but launching itself at him with renewed fury.

Like the rat, he has launched his own counter-offensive and raised the stakes, announcing sham referendums and a brazen landgrab and indulging in dangerous nuclear sabre-rattling.

The annexed regions will be defended by whatever it takes, he says. Publicly Western policymakers say his thinly veiled nuclear threats are a bluff. But can they be sure?

Putin has upped the ante, escalating a conflict that is becoming more dangerous for the world.

Energy support scheme cash potentially at risk as gas boss warns more suppliers could go bust
With crude prices rising but the energy sector down, we’re buying this oil stock into weakness
Army standing by to fill roles during NHS strike – as more workers walk off their jobs
PM seeks ‘constructive’ approach with time running out to avoid bleak winter of strikes
Harvick to determine NASCAR future by Daytona