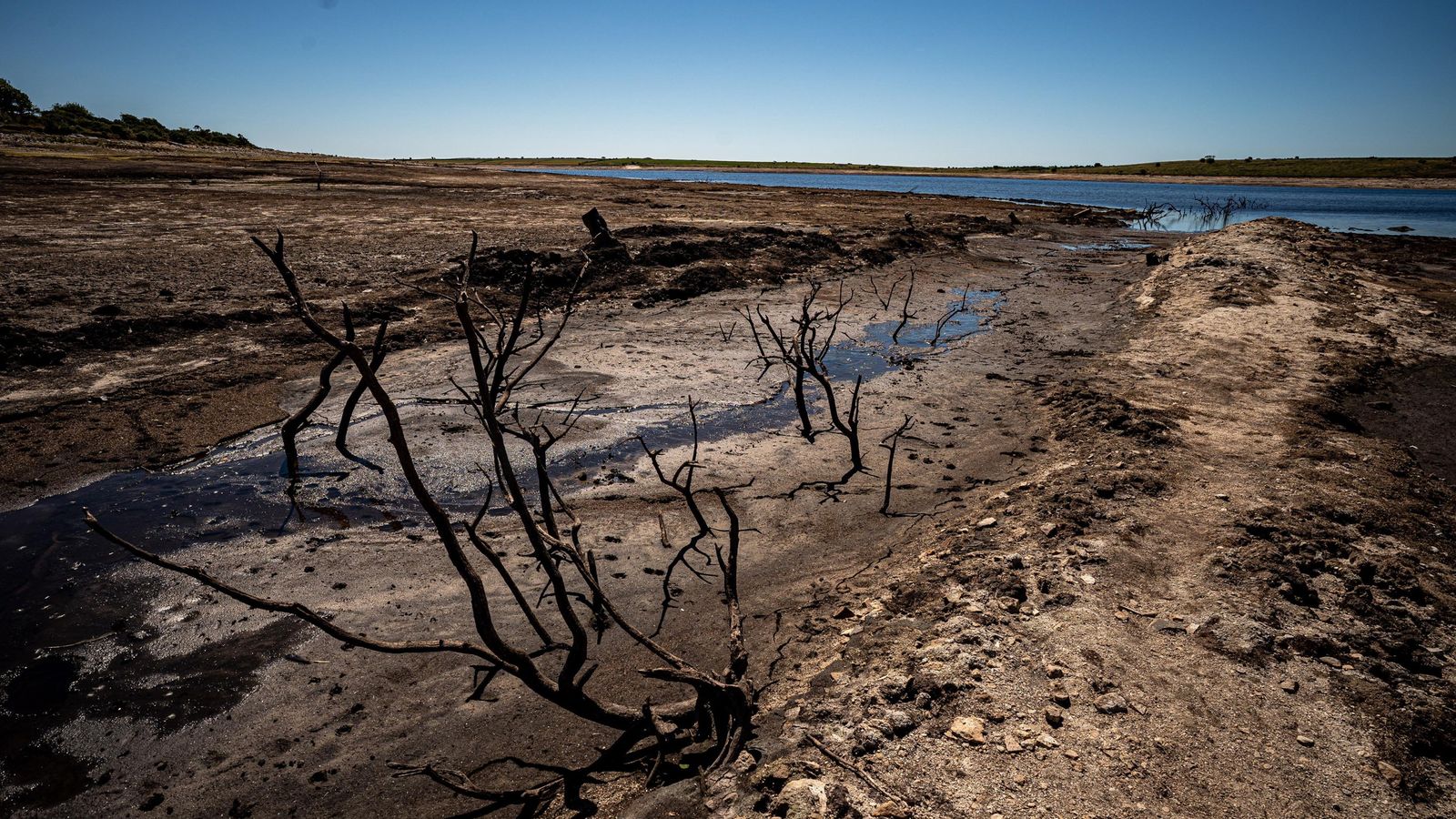 A drought is expected to be declared tomorrow in the South West, Sky News understands.

It follows the start of a four-day amber heat warning, below normal levels in waterways, and England’s driest July since 1935 during which the temperature rose above 40C for the first time.

The declaration means people living across the South West can expect to see a series of restrictions on domestic and commercial use of water – including hosepipe bans.

“Now this may not come as a huge surprise due to the record temperatures we have seen and the really incredibly parched conditions we have seen across a lot of the country, but the South West of England has been one of the hardest hit of the regions – and we expect the announcement to come tomorrow,” said Sky News political correspondent Tamara Cohen.

There is no single definition for drought – so whilst it is caused by a period of low rainfall, each is different, with the nature, timing and impacts varying according to location and which sectors are affected such as public water supply, agriculture, the environment or industry.

The Environment Agency’s National Drought Group gets together and looks at statistics including rainfall, how much water is left in rivers, reservoirs and lakes, as well as temperature forecasts over the coming weeks to decide whether drought conditions have been reached.

No specific targets need to be reached – they just decide whether all these factors together constitute a drought, and they can give an indication of how severe and long-lasting it will be.

The two most recent droughts were declared in 2018 and a more severe one in 2011.