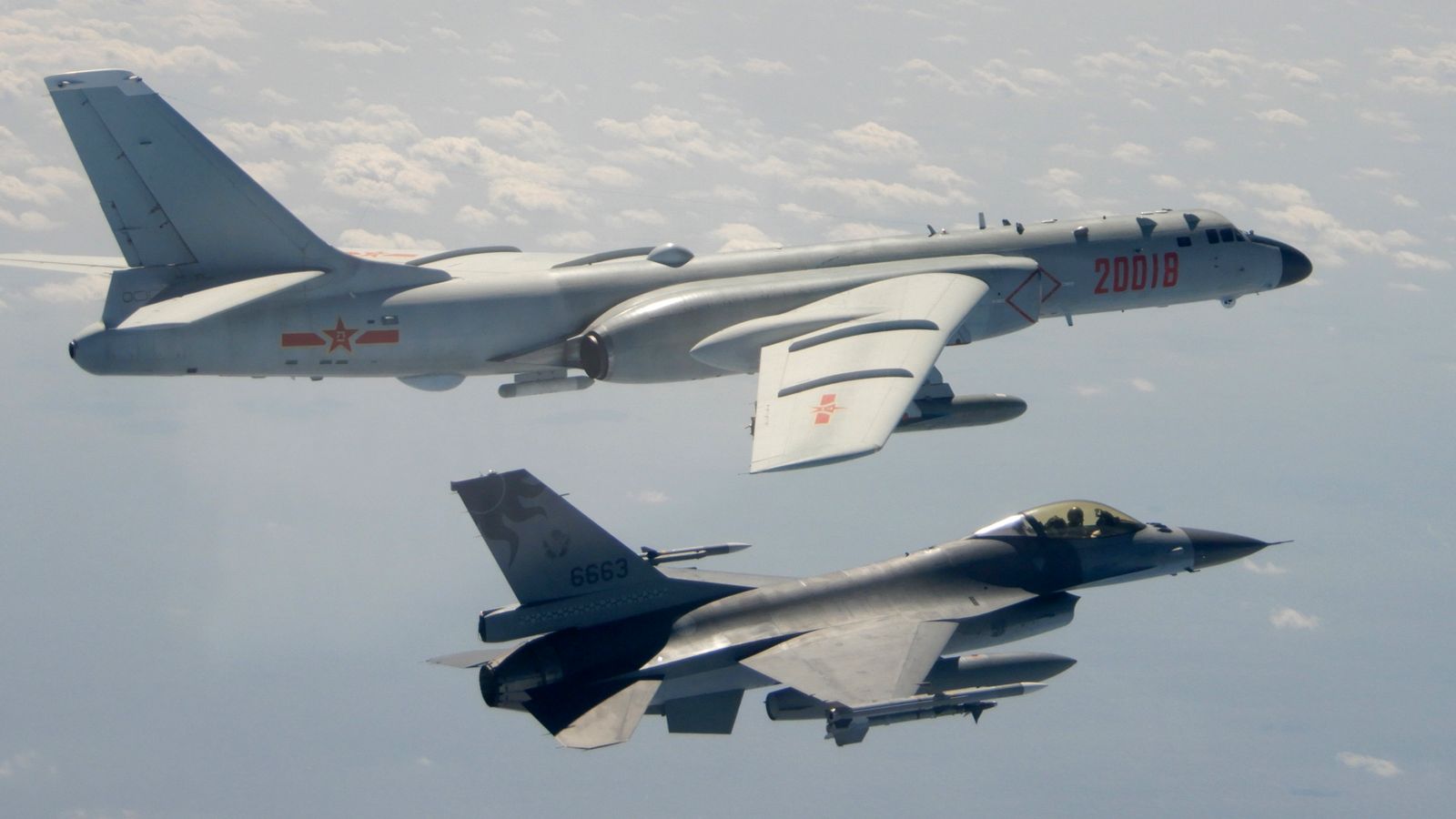 China has for the first time become the single greatest focus for MI6, with its chief warning the risk “is real” of a miscalculation by Beijing through underestimating western resolve to push back.

Pointing to Taiwan, Richard Moore said a desire by the ruling Chinese Communist Party – backed by an increasingly powerful military – to regain control of the territory by force if necessary was a “serious challenge to global stability and peace”.

He also accused China of conducting “large-scale espionage operations against the UK and our allies” and he said countries globally should be “clear-eyed” when dealing with Beijing because of the potential to fall into a debt trap or to have data on their population exploited.

It is very unusual for such a senior security figure to speak in such stark terms about China.

In his first public speech as head of the Secret Intelligence Service (SIS), Mr Moore covered other threats and challenges as well, warning:

• Hostile actions by President Vladimir Putin’s Russia, such as undermining stability in the Western Balkans, are “on an upward trend”

He made a recruitment pitch, stressing the need to increase diversity in his workforce and attract people who might never have previously thought about becoming a spy.

“Come and join!” he said at the International Institute for Strategic Studies think tank in London.

“There is no more important or – I believe – more exciting time to work for MI6.”

While there has yet to be a female head of SIS, it is understood that three of the top four posts underneath Mr Moore are currently held by women.

They comprise the deputy chief as well as two of three director generals.

The spymaster’s most pointed language was reserved for the threat posed by China – one of what he described as the “big four” priorities alongside Russia, Iran, and international terrorism.

“The tectonic plates are shifting as China’s power, and its willingness to assert it, grows,” he said

He revealed that resources focused by MI6 on China have this year surpassed the previous top priority of combatting terrorism in the wake of the September 11 2001 attacks on the United States.

“Adapting to a world affected by the rise of China is the single greatest priority for MI6,” the spy chief said. “We are deepening our understanding of China across the UK intelligence community and widening the options available to the government in managing the systemic challenges that it poses.”

This does not only mean gaining intelligence on what President Xi Jinping and his inner circle are thinking, it is also about how MI6 officers and the agents they run can operate undetected in a world where technology is making it harder for anyone to hide and for communications to stay secret.

He described the Chinese Intelligence Services as “highly capable”.

Mr Moore also voiced concern about efforts by the Chinese government “to distort public discourse and political decision making across the globe”.

The MI6 boss said the days of China hiding its strength and biding its time are over.

“Beijing believes its own propaganda about Western frailties and underestimates Washington’s resolve. The risk of Chinese miscalculation through over-confidence is real,” he said.

Mr Moore talked about the less obvious threat to a country of agreeing to Chinese loans to build infrastructure, such as ports or railway lines, only to become indebted.

Or the risk of accepting a Chinese technological solution to a problem only to find a backdoor built into the system that enables China to access data on a population.

It is still rare for a head of MI6 to speak publicly.

In fact, the first public speech by a serving chief only happened in 2010.

But they could start to happen more often as Mr Moore said this is a way to be more accountable, inspire people to join, and to be more open.

‘Holy crap, we got a shot’: Inside the 49ers’ season-changing Christian McCaffrey trade
NHS needs are long-term, complicated and challenging
Man dies after being crushed by pop-up telescopic urinal in London’s West End
Multiple casualties after shooting during Chinese New Year celebrations in California – US reports
Big Oil poised to smash annual profit records — sparking outcry from campaigners and activists