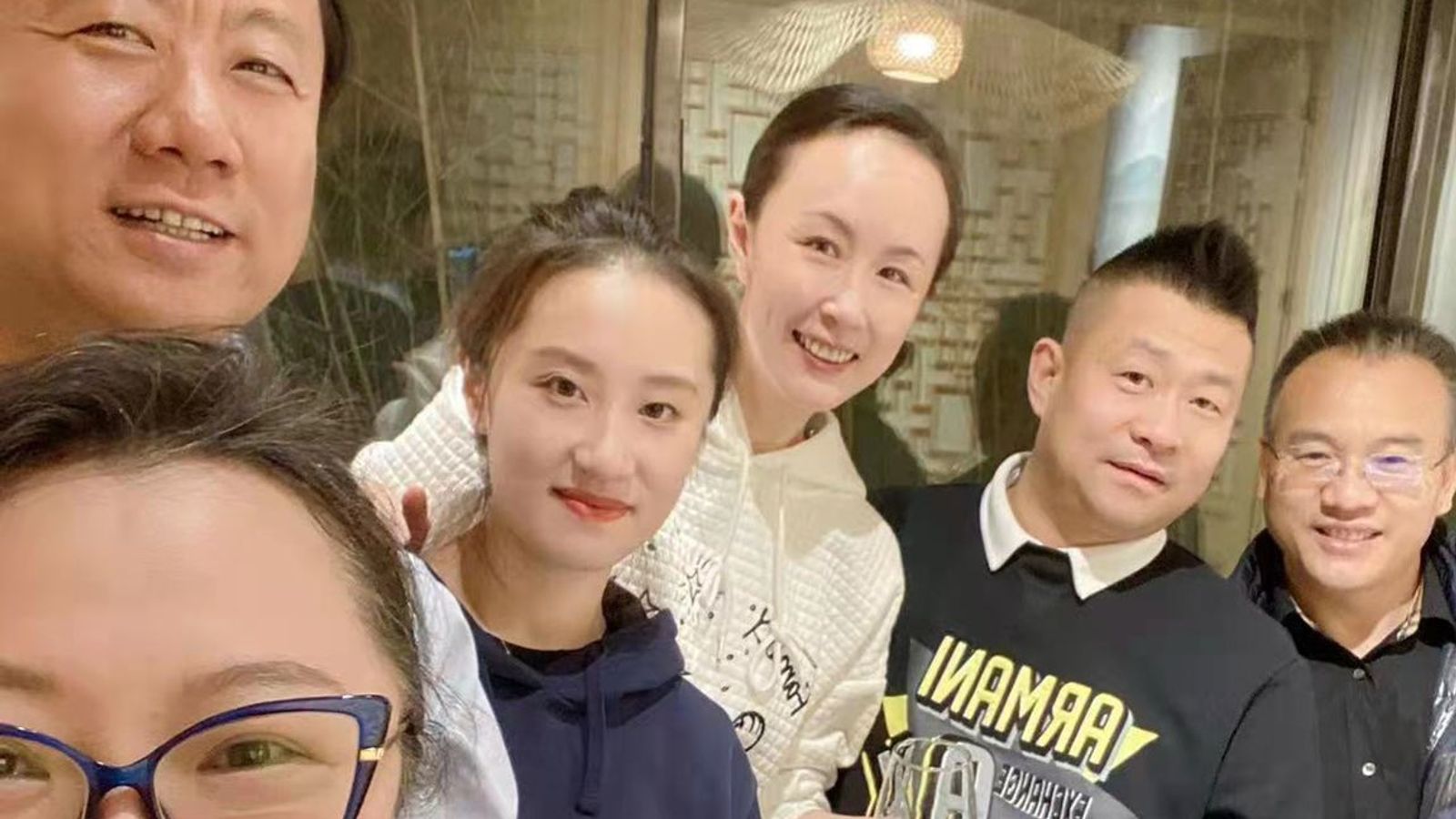 Missing Chinese tennis player Peng Shuai has purportedly appeared in a video in which she is seen with friends in a restaurant.

Peng, a former Wimbledon doubles champion, is seen smiling and is having fun in the apparently new footage released by state media.

The video was posted on Twitter by Hu Xijin, editor-in-chief of Global Times – the official newspaper of China’s ruling Communist Party. He said it was taken today and showed Peng having dinner with her coach and friends in Beijing.

He earlier claimed Peng has been staying in her own home “freely” and will make a public appearance soon.

Peng, 35, disappeared after writing a social media post on 2 November accusing former vice-premier Zhang Gaoli of forcing her to have sex after playing tennis at his home.

In the video, Peng is seen sitting with a man and two woman but does not speak.

The man and one of the women make repeated references to the date, with the man saying: “Tomorrow is the 20th of November right?”

The woman corrects him by saying it would be 21 November, before the man discusses Peng’s recent performances and upcoming tournaments.

“We had two matches in the past,” he says. “But we were not happy with the results.

“The match tomorrow is the conclusion of the nine matches in the past three months.

“The end of November is the end of the year. We must try our best.”

Peng’s original post on Weibo has been taken down and neither Zhang Gaoli nor the Chinese government have commented on her allegation.

It comes as Boris Johnson is reportedly considering a diplomatic boycott of the Winter Olympics in Beijing next year in protest at China’s record on human rights.

An “active discussion” in government is ongoing, with Foreign Secretary Liz Truss said to be in favour of the boycott, the Times newspaper said.

The mystery surrounding the tennis champion took a new twist on Friday after photos emerged apparently showing her relaxing at home, surrounded by soft toys and with a grey cat.

Experts have expressed scepticism and questioned the authenticity of the images.

Others also pointed to the presence in one of the photos of a framed picture featuring Winnie the Pooh – a character banned in China after people mockingly likened him to President Xi Jinping.

An email said to be from Peng was released on Wednesday by CGTN – the international arm of government-controlled state broadcaster CCTV – but doubts have also been raised over its authenticity.

It says the sexual assault claim “is not true” and adds: “I’m not missing, nor am I unsafe. I’ve just been resting at home and everything is fine”.

Amid growing concern about her whereabouts, the Women’s Tennis Association (WTA) has threatened to pull tournaments out of China and the men’s ATP has demanded clarity from the Chinese authorities.

Other tennis stars including Serena Williams, Naomi Osaka and Novak Djokovic are among those concerned over her whereabouts.