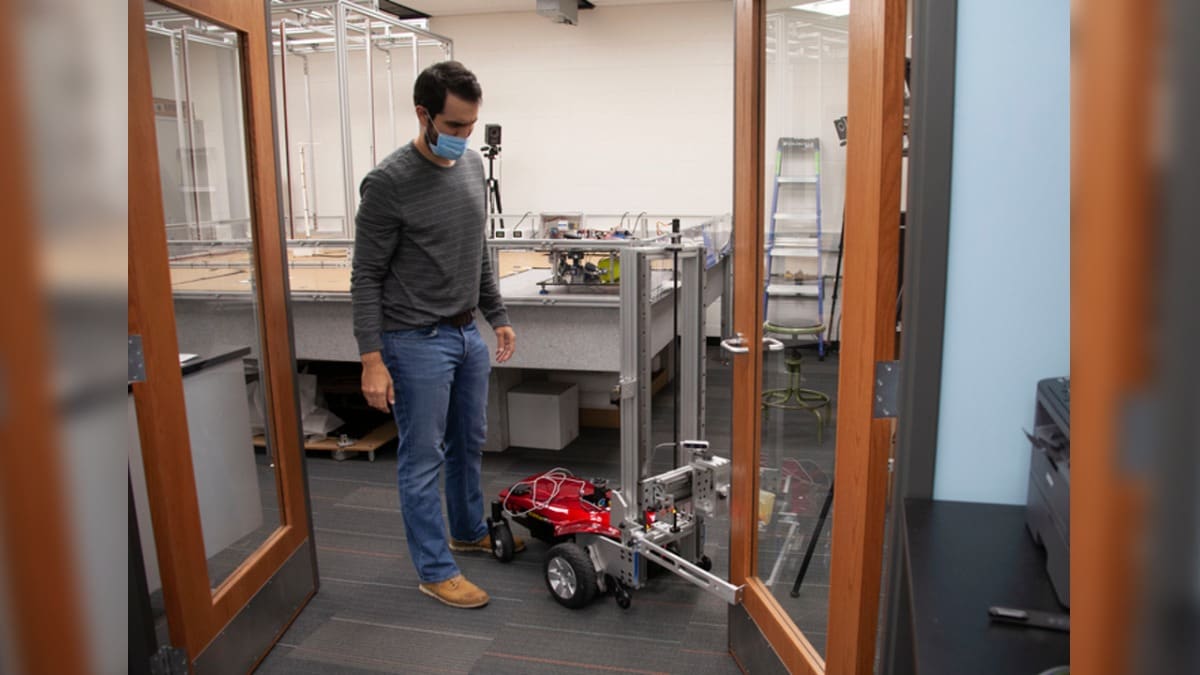 Over the years, businesses have increasingly turned to automation and robotics for undertaking many jobs. Since COVID-19 forced people to the confines of their homes, many enterprises introduced robots to perform tasks to help reduce human contact. From cleaning floors to disinfecting, the kind of tasks that robots can do has expanded manifold. Yet when it comes to manoeuvring in human-centred environments and performing simple tasks such as opening a door and passing through it, robots have found it challenging. Limitations like these separate robots from humans. Now, students at the University of Cincinnati in the US have addressed this problem in three-dimensional digital simulations.

They’re now putting their idea to work and building an autonomous robot that can open doors and find an electric wall outlet to recharge itself. Though a simple advance, it can make robots, which vacuum clean and assist with directions in office buildings, airports, and hospitals, a little more independent. These robots are part of a $27-billion (roughly Rs. 2,00,190 crore) industry, which includes manufacturing and automation.

The study has been published in the journal IEEE Access and the system is expected to take another year to mature. Yufeng Sun, a doctoral student at the university and the study’s lead author, said developing an autonomous robot to open a door for itself is fraught with challenges.

Robots should be able to know how much force is needed to open doors. Some researchers have tried to scan an entire room to create 3D models for robots. But this method is time-consuming and will work only for a particular room that has been scanned.

Sun said the university students are using machine learning to overcome this challenge. This allows the robot to “teach” itself how to open a door. It can be time-consuming initially but the robot improves with each error, Sun said. “The challenge is how to transfer this learned control policy from simulation to reality, often referred to as a ‘Sim2Real’ problem.”